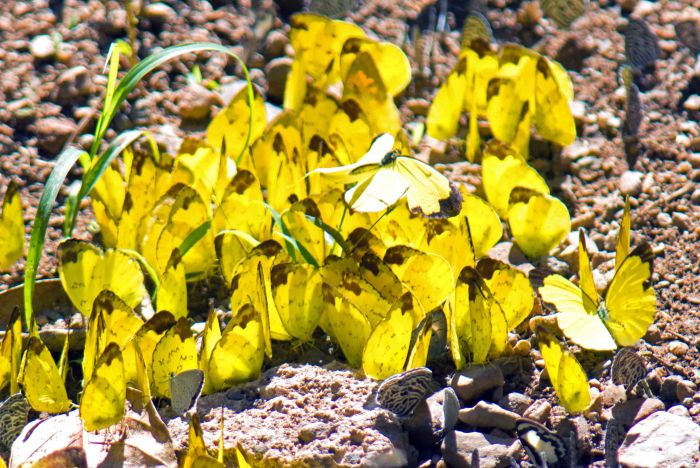 When visiting Doi Chiang Dao – a place I have written about before (1) – last November (2015), I came across some interesting aggregations of butterflies; composed mainly of Blues (lycaenids) and Yellows (pierids). I may have been a little bit late, as October is said to be the best month to see butterflies in this area, but there were still large numbers of them around.

The place with good aggregations of butterflies is at the army camp at the entrance to Chiang Dao Wildlife Sanctuary (2), where most of the photographs shown here were taken. 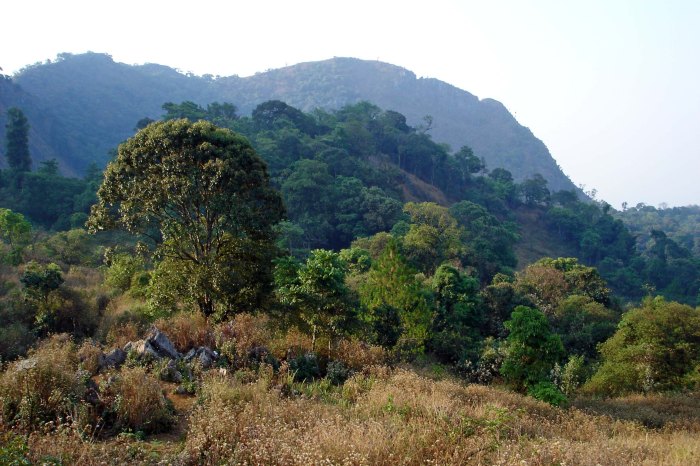 I came across a Common nawab (Polyura athamas) feeding on the dead fish (below). It might be common, but it is, like all nawab butterflies – species in the genus Polyura – exquisitely marked and very attractive. Presumably, the patterns and colours have a more practical purpose than to satisfy our aesthetic yearnings!

The Yellows appeared to be mainly Changeable Grass Yellows (Eurema simulatrix), also called Hill Grass Yellows. There were also other yellow pierid species present in smaller numbers, including Yellow Orange Tips (Ixias pyrene), and probably others. Common and Three-spot Grass Yellows all look very similar, at least to my untrained – in pierid taxonomy that is – eyes! 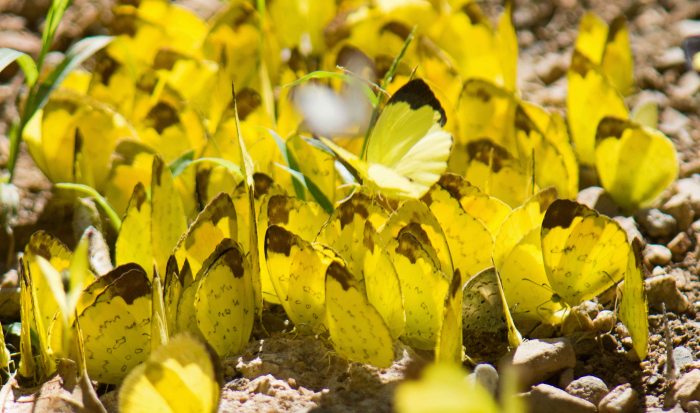 There are various subspecies of these widely distributed butterflies which I do not feel competent to identify, other than by location.

There were also fairly large numbers of Zebra Blues (Leptotes plinius), Common Ciliate Blues (Anthene emolus) and Plain Hedge Blues (Celastrina lavendularis). There were probably other species, including The Bi-spot Royal (Ancema ctesia ctesia), present amongst the aggregations; remarkably at least 426 species of lycaenids have been recorded in Thailand. 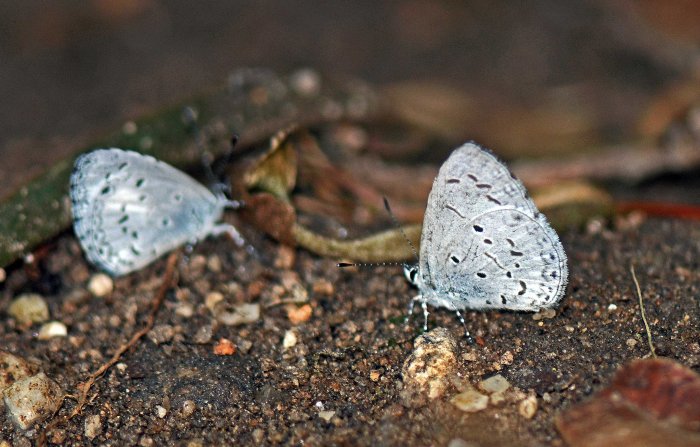 Like the Yellows, all of these Blues and Pierrots like puddling, or mud puddling: sucking up salts on moist ground or for example, from dung, carrion or bird droppings. 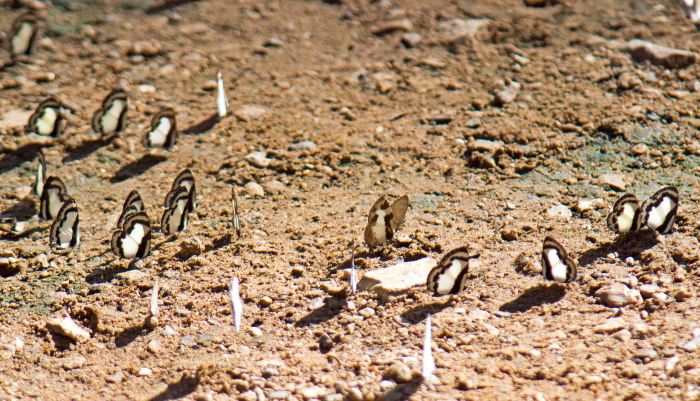 These aggregations of puddling butterflies usually consist largely of males, which are thought to be replenishing their sodium-reserves, lost (or soon to be lost) in the process of delivering a spermatophore to females during mating. Or more prosaically, it may be to enable the males to produce a ‘nuptial gift’ in the form of sodium, for the females (4). Absorbing nitrogen-rich resources will also give the males added “oomph” or, in other words, increase their reproductive success (5).

Blues and Yellows puddling away!

If this blog has whetted your appetite and you want to see some better, truly amazing macro photographs of butterflies from this location, then I recommend this website (6), which shows the beautiful photographic work of Antonio Giudici (7). I can only aspire to the quality of his work, but I have ordered a better macro lens for my next visit! I think the last word should be with the mountain (below). 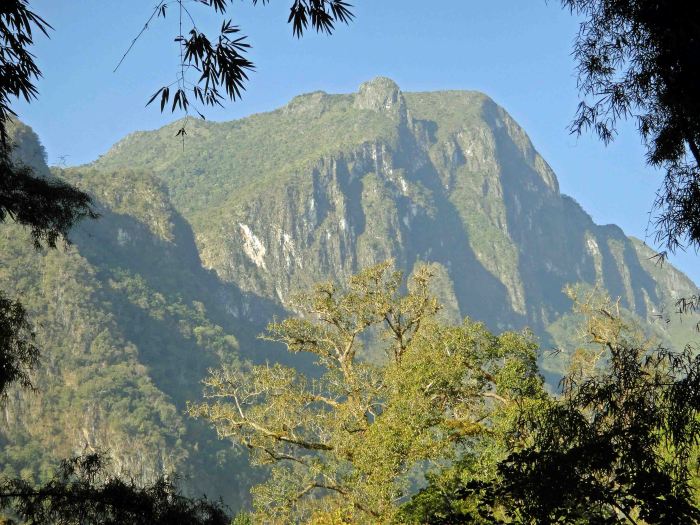 3 thoughts on “Bunches of butterflies”