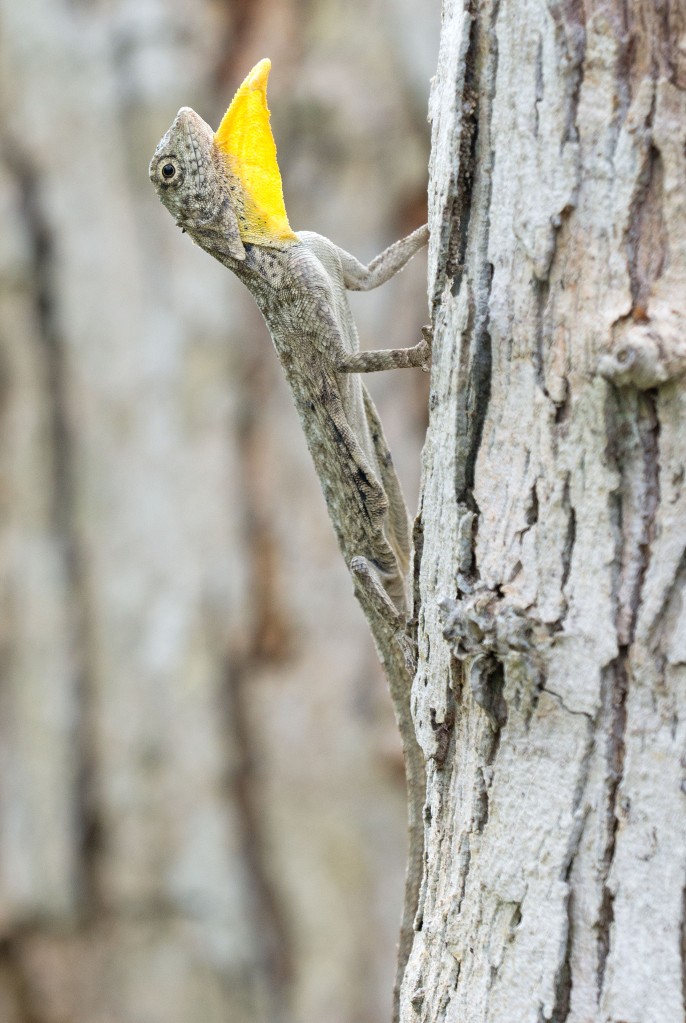 Flying lizards are a common group of agamids in southeast Asia. The Common Gliding Lizard, Draco Volans – also called the Javanese flying lizard – is found in Java and Bali (1). These photographs were taken in Bali Barat NP, so perhaps they should be called the Balinese flying lizard. The males have a very obvious, pointed yellow gular flag, which they constantly flick up and down to signal to other members of their species.

Spend a few minutes watching these lizards and they reveal a variety of different behaviours, including: push-ups (head bobbing), ﬂattening themselves against the trunk of the tree, extending their peculiar throat (or gular) flap, raising their tail and so on. They are incredible fast-moving and energetic when they want to be and I got the impression that there was a constant buzz of activity going on, with males chasing females and challenging other males for territory. What is really incredible is when they launch themselves into the air and fly – gliding really – from tree to tree. It is quite startling if you have never seen it before. I couldn’t believe how adept they were at gliding through the forest. Unfortunately I did not manage to get a photograph of them flying. They are able to glide considerable distances, say 30m or so, by extending the expanding the loose skin – called the patagium – on the sides of the body. This ‘wing’ is usually folded away and can only be guessed at by the tightly folded skin on the sides of their body (below).

Lizards of many different species perform push-up movements and head-bobbing. Three different types of push-ups were recorded for the Sumatran subspecies, Draco volans sumatranus! (2) Quite what all these signals mean is only fully known to the lizards themselves, but probably has to do with communicating the attributes, size, status and so on, of the lizard carrying out the display. Some movements, like the so-called, dorsal flattening, is carried out when birds fly past overhead, and simply serves to improve the already excellent camouflage (see below). 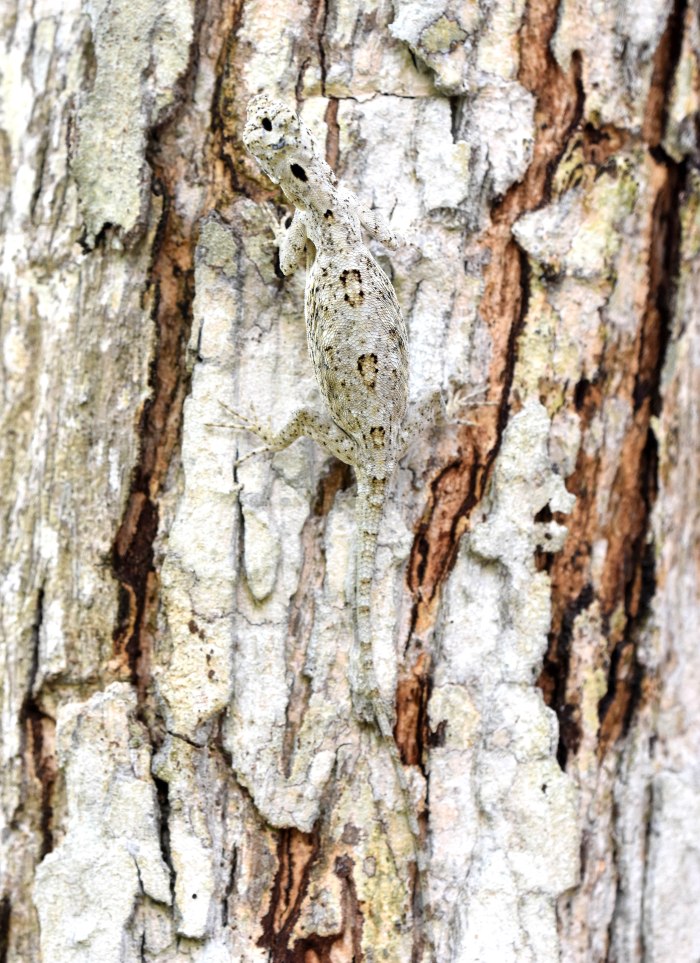 They are said to mostly feed on ants, so serve a very useful ecological function.

The females have a small, mottled, bluish gular flag but I did not witness one waving it! All that can be seen on the females in these photographs is a blueish throat. Females of some species of lizard raise their tails in response to encountering a male (3); so perhaps this one (below) was doing just that? 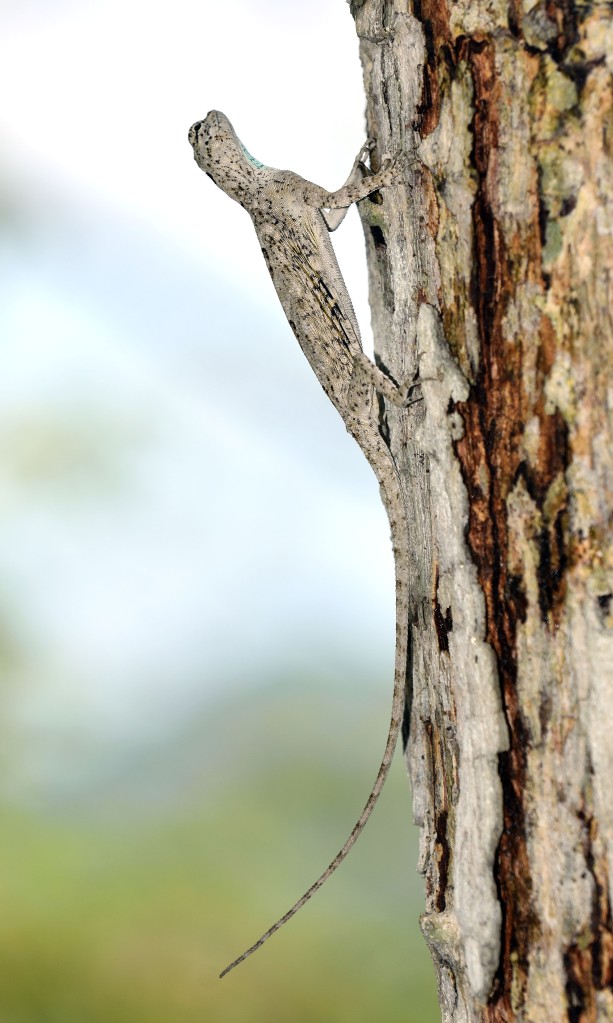 It would be fascinating to watch and study the behaviour of these lizards in more detail. There is a repertoire of behaviours going on; I am sure that there is much to be discovered.