I am very fond of these lizards, which are common and easy to see in Thailand and elsewhere in Asia. The Changeable or Oriental Garden lizard, Calotes versicolor is a widespread lizard in Asia, from Iran to the Philippines, often seen in parks and gardens. It is very adaptable and prolific and has had no trouble in fitting in alongside Man. Many of these photographs were taken in hotel gardens and the lizards were tame enough for me to creep up on them with my macro lens! It seems to me that they have a certain personality when you get up close and personal!

They live in the undergrowth, feeding on arthropods and so on – occasionally eating their own young (!) – as well small birds, frogs, geckos, and small snakes. So they clearly have a substantial impact on the environment, controlling insects. 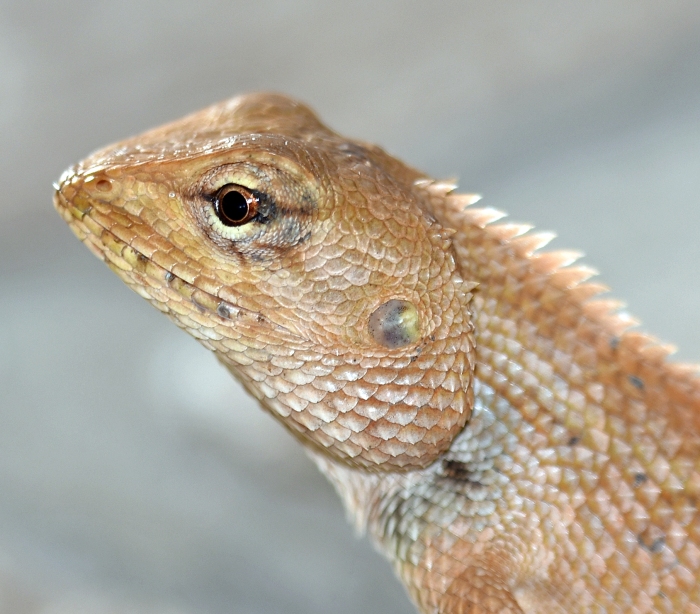 They like come out into open spaces and bask in the sun. They are not shy, but will dart back into cover if you approach too close. The dominant males like to display themselves from prominent perches, such as on hedges (below), fences and fence posts. They are also seen on tree trunks in open forests and woodlands, sometimes adopting a head-down posture, looking out for prey perhaps.

The small juveniles stay on the ground, foraging and basking, out of the way of the larger more dominant ones. Mature males turn red in the breeding season. Their front ends become suffused with a deep red, or rusty-coloured flush (below). It is sometimes called a ‘bloodsucker lizard’ on account of this red colour. Rather unfair I think, as it does not suck blood! 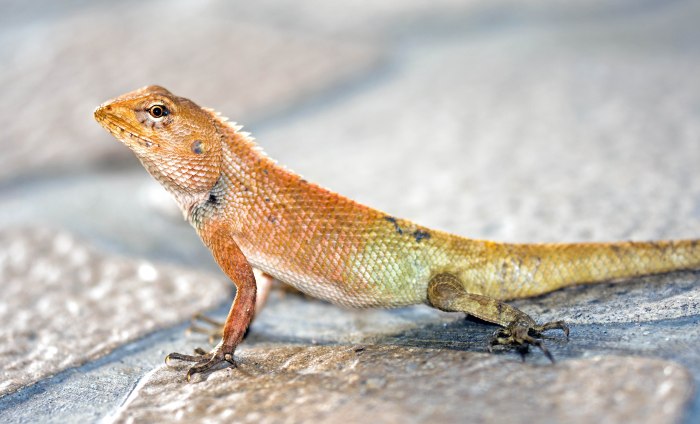 Males turn red after they become dominant and have subdued a rival. I posted a photograph of two mating in a previous blog!  Adult males and females are about the same body size, but the males have longer tails. Here is a photograph of a small one on the ground (in a hotel) showing just how long the tail is (below).

This species has become an invasive in some parts of the world, like southern Florida. It is not known to what extent they will disrupt the native ecosystem in these countries, but one thing is for sure, it is a very tenacious and adaptable lizard, a born survivor I would say!

4 thoughts on “A common or garden lizard!”