This is the story of a little grasshopper that landed in a spider’s web. I am sad to say, dear readers, that it jumped into the spider’s web to avoid my attentions. As I bent down to photograph it, it jumped, and landed in the web. Almost before the remorse could crystallize in my brain, it was wrapped up – and presumably stung – by a spider; so quickly, so efficiently!

No sooner had the spider trussed up its victim, than it rushed back to what it was doing before it was so rudely interrupted: eating another captive! What struck me was how confident it was that the latest victim could not escape! Just a few moments of bondage – spinning it round and round as it extruded the silk – and the job was done. No way that the little grasshopper was going to escape! It had been bound and trussed, a meal for later, in almost an instance! These spiders have been doing this for a very long time! See previous blog: Spiders, silk and packed lunches. 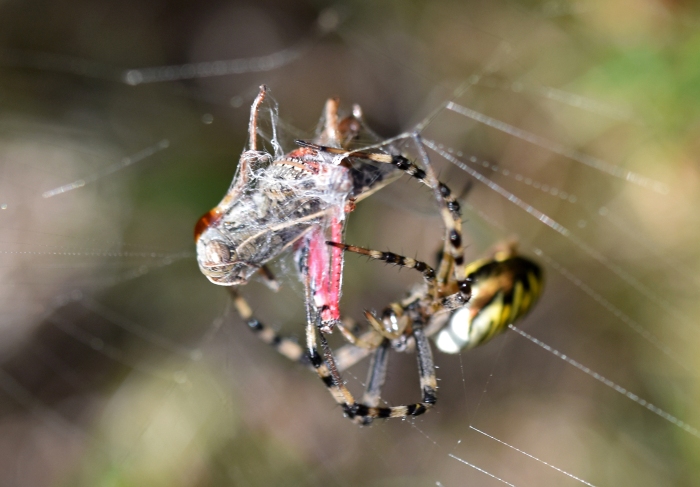 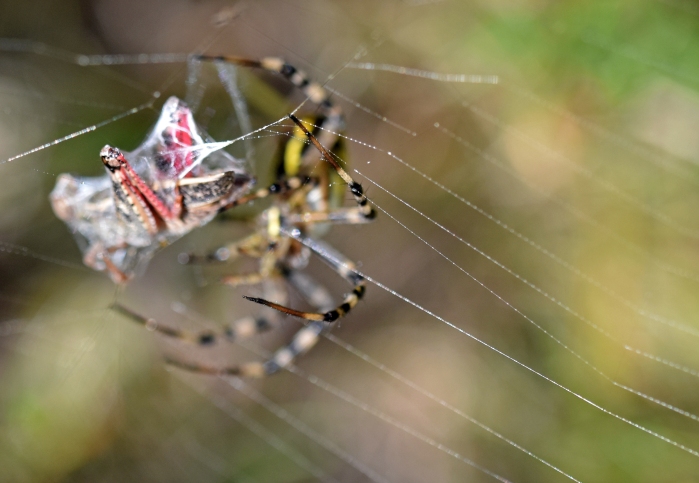 The bound grasshopper was quickly left as the spider returned to its previous prey item. 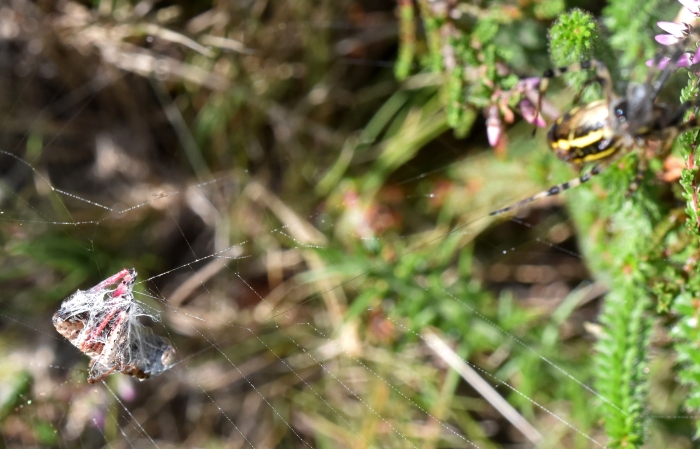 The spider returned to another small bound packet: feeding on another prey item (a fly?).

Wasp spider (Argiope bruennichi) with another prey item (a fly?)

The grasshopper was left dangling in the web, awaiting its demise (below).

I must confess, I find the natural world harsh and cruel sometimes. Seeing a sequence like this is no less startling to me than watching a lion kill and eat an antelope. A free-living creature suddenly becomes food for another. In a blink of an eye. Predator and prey. It’s the natural world, but no less shocking for that.

I think the grasshopper was the Large Banded Grasshopper (Arcyptera fusca) (below).

And the spider was a fairly small Wasp spider, Argiope bruennichi (below). 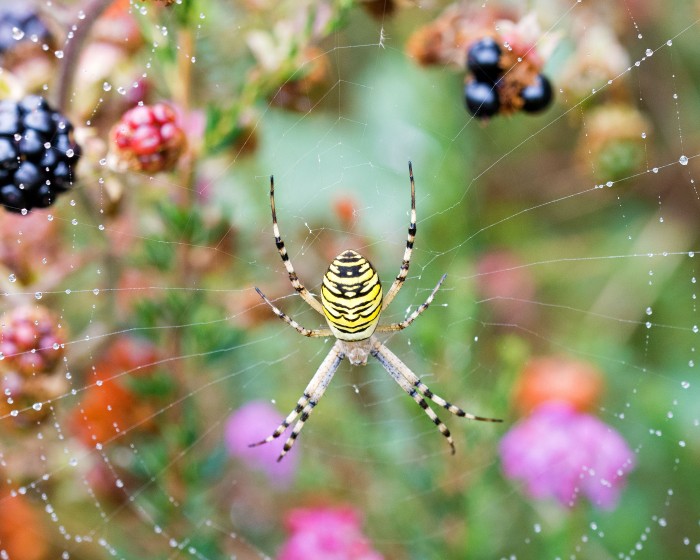 3 thoughts on “Grasshopper jumps and lands in a spider’s web!”