I was very pleased to come across a large group of Tawny Coster (Acraea terpsicore) butterflies when I was in Thailand last October. They were very active, and although I did not see any mating taking place, it had clearly happened because the females were bearing a sort of mating plug called a sphragis!

In some butterfly species, after they have mated, the males secrete an external structure, called a sphragis (plural: sphragides) – from the Greek word for a seal – to prevent further matings. Its a subject I discuss in more detail in my book (Cannon, 2019). The purpose of these waxy structures – which are secreted by the males during copulation – is to prevent another male from introducing a spermatophore.

The sphragis itself blocks the entrance into the mating tube (the female copulatory orifice is called the gonopore), but the female can still deposit her eggs because they emerge out of a different opening. There are  two genital openings in all higher Lepidoptera. The sphragides do not always work however, as the males of some butterflies have evolved specially modified genitalia with which they can remove them, essentially levering it off!

The evolution of mating plugs is thought to have occurred as a result of intense sexual competition between males, and there are often conflicts between males and females in these species. I did not actually witness any mating in this species, but in other Acraea species the males can be quite rough and engage in what is called ‘take-down’ behaviour: a forced copulation where the females are knocked down onto the ground! I wonder if anyone has witnessed copulation in Acraea terpsicore? It is not mentioned in this excellent account of the life history of the Tawny Coster.

The males were much more active and ‘flighty’ than the females, especially in the morning; later in the day they started to settle down a bit! One attractive feature of these butterflies are their labial palps! These bright yellow appendages – on their heads, in front of their eyes (see below) are covered in gustatory sensilla which the butterflies presumably use to taste things like flowers.

These photographs were taken on 29 Oct 2019 in the flower gardens adjacent to the Villa De View Café, Chiang Dao, Thailand. 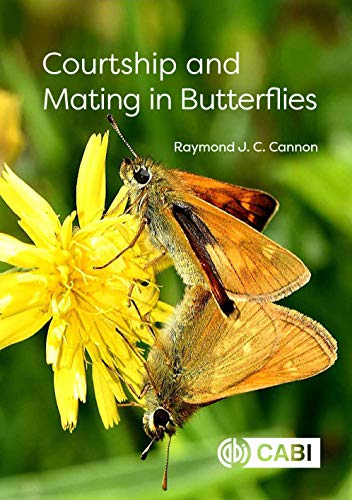